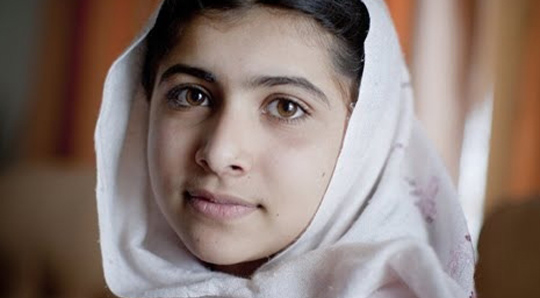 On October 9 2012, 15 year-old Malala Yousafzai was shot by the Taliban because she stood up for her right to go to school. 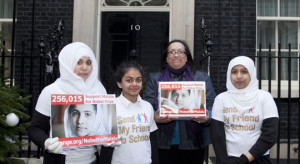 A petition in favour of nominating Malala for the Nobel Peace Prize is delivered to Downing Street. Photo: Vicky Couchman

The Taliban is an extreme group. One of their beliefs is that women shouldn’t be treated the same as men. Malala risked her life to speak out for all girls who are denied an education. Malala has become a symbol of hope, resistance and courage throughout the world.

“The Taliban restricted my education and told girls they weren’t allowed to go to school any more… this was the worst part of my life. But we aren’t afraid of anyone. We continued with our education.”

Get your 2022 Teacher Pack with everything you need to bring the campaign to life in your classroom.