5 highlights from parliamentary debate on education! 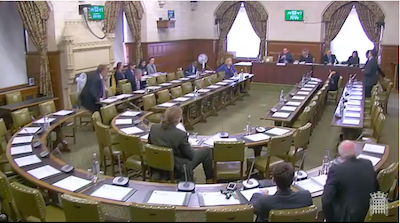 On Tuesday 26 Feb, MPs commendably raised the profile of global education through a debate secured by David Linden MP entitled ‘Global Education for the most marginalised’.

Here at Send My Friend to School we supported the debate, after recently launching our 2019 campaign on this key issue with a report entitled Unlock education for everyone: delivering the pledge to leave no one behind in education.  David Linden MP brilliantly opened the debate highlighting why marginalisation in education persists and what can be done by the UK government to tackle it.

Both this key parliamentary debate and our 2019 campaign are extremely timely. The United Nations High-Level Political Forum in July will include a review of Sustainable Development Goal 4 (SDG4), which promises quality inclusive education for all by 2030. An honest appraisal of progress towards achieving SDG4 will point to serious and often growing gaps – too many children and young people are still being denied access to education, particularly the most marginalised.

It doesn’t have to be this way though. This year presents some real opportunities to Unlock Education for Everyone. But only if we nail down exactly how we’re going to do it, where the money is going to come from, and agree practical plans for accelerating progress for those furthest behind in education.

Agreement is not something the UK government is currently known for, but, in contrast to Brexit-divisiveness, this debate saw some great cross-party consensus.  In particular there were five key areas of agreement amongst MPs and Minister Baldwin:

It was SO wonderful to see MPs and Minister Baldwin all acknowledging children and young people’s right to participate and celebrating the value this brings through their praise of our campaigning in schools across the country.

Send My Friend got SIXTEEN shout outs throughout the debate with MPs calling the schools campaign “outstanding” and Minister Baldwin praising us for “so successfully” engaging young people in the UK on global education whilst simultaneously supporting their citizenship skills.

This year the campaign will see, thousands of young people across the UK create and present paper keys to their local MP, calling on the UK to Unlock Education for Everyone.

The debate conclusively acknowledged that education is a universal human right, and upholding this right has long lasting and wide-ranging positive impacts for individuals, communities and the world – making investment in education a no-brainer from a value for money perspective.

Stephen Twigg, Chair of the All-Party Parliamentary Group for Global Education summed it up brilliantly when he said, “education is crucial if we are to tackle the twin evils of global poverty and global inequality”, and this was echoed by other speakers who flagged the critical importance of education in preventing, ending and recovering from conflict and in achieving gender equality.  Indeed, Minister Baldwin stated “educating girls is one of the best buys in education spending”.

Preet Gill MP, shadow international development minister, opened by crucially flagging the importance of reaffirming the pledge to leave no one behind in education as “we are not on track to achieve SDG4”, and that the ‘the most marginalised’ are “not a homogenous group” – and therefore identifying who is the furthest behind and what barriers they face is of critical importance.

For example, Henry Smith MP gave a brilliant speech setting out the difficulty that many children with disabilities face in getting an education across the globe, and others also  acknowledged gender, conflict, and minority status as key factors in children’s exclusion from education, and the fact that many of the most marginalised children experience two or more of these factors simultaneously, meaning they overlap and reinforce each other.

MPs called for more and better international financing, with John Howell MP encouraging a greater amount of aid for education, Chris Law MP calling for UK aid to be for the poorest and most vulnerable, and Stephen Twigg MP speaking to the potential of the International Financing Facility for Education, if done right, to help close the education funding shortfall.

The importance of more and better domestic financing for education was also highlighted and Stephen Twigg MP spoke about the importance of incentivising countries to increase their domestic spend on education, and specifically highlighted the Global Partnership for Education’s (GPE) approach as commendable in doing this and why it therefore should be supported. He highlighted a compelling example of success in Niger where GPE’s approach improved the country’s spend on education from 5% to 22% enabling primary completion to improve from 40% to 73% over the 8-year period.

Children and young people affected by emergencies are some of the most marginalised: refugee children, for example, are five times more likely to be out of school.

That’s why it is no surprise that the majority of MPs spoke to the challenges children in conflict and crisis affected contexts face in their pursuit of education, and the majority highlighted the importance of Education Cannot Wait (the world’s first global fund dedicated to education in emergencies and protracted crises) with an ask to the Minister specifically for the UK to renew and increase their commitment to ECW this year, and make an early announcement to encourage others to follow suit.

The only area of obvious contention in the debate was around the issue of PRIVATISATION in education and supporting for-profit providers.

Kate Osamor MP urged the government not to support for-profit education models and Preet Gill MP echoed this by highlighting strong public systems as the best way to reach the most marginalised.  Minister Baldwin’s response identified the importance of achieving 12 years of quality education for all and that in some contexts public systems cannot currently be relied on to do this.

Whilst the Minister’s point is not invalid, we cannot forget that the world’s commitment via SDG4 to universal, quality and inclusive education, that is free at the point of use.  This commitment must be safeguarded – we know that the most marginalised families often live in poverty and that fees are a major barrier to education for the world’s poorest.

The debate highlighted, with cross-party support, that we urgently need to Unlock Education for Everyone. The UK government can do this by working with others to identify the furthest behind in education and then agreeing, financing and implementing the actions that will deliver the promised accelerated progress for these groups.

Read or see the whole debate here, and download your teachers’ pack to join the campaign today!