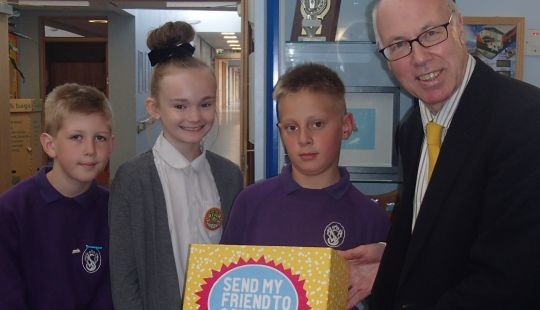 He spoke with pupils who were concerned that 58 million children aren’t getting an education.

Pupils in Primary 3-7 made miniature politicians to express their thoughts about the situation.

George Kerevan collected more than 200 paper politicians with messages from pupils. He said he would go on to share the messages at Westminster.

Pupils in Primary 4 also wrote a letter to the Prime Minister to accompany the mini politicians.