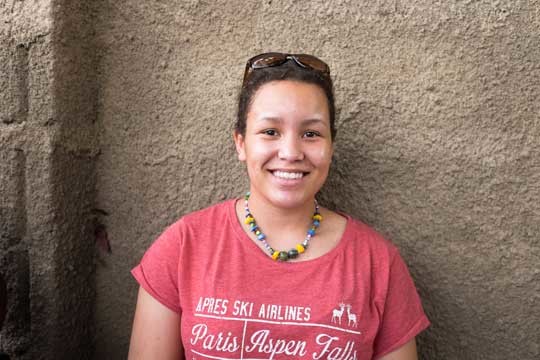 As Young Ambassadors for the Send My Friend to School campaign, George and I got invited to take part in the Light the Way event last week. On September 24, the day before world leaders met to agree the Global Goals, thousands around the world called on leaders to literally, light the way to a better future for people and planet.

World leaders could try and tackle the new Sustainable Development goals half-heartedly, but through these worldwide demonstrations, hopefully politicians will grasp how important these goals are to so many people, and why they should do their best to commit to these goals.

Earlier that day, we spent some time in Downing Street – and even got a glimpse of David Cameron! We raised a flag over No10, one of the 17 flags being raised around the world to highlight the new goals. A flag has gone up at the North Pole for the climate change goal and in India a flag was raised for Quality Education.

It’s very rare for anything other than the British flag to fly above Downing Street, so this shows how important this campaign is. This flag stood for Goal 17 ‘Partnerships in Development’.

Seeing the action/2015 young ambassadors took me right back to the cold January meetings and pressure we had to put on (our then) leading politicians. They’ve been keeping busy all year with their own charities and campaigns.

Katie, who helped hand the flag into Downing Street, has been raising money for Make a Wish and Rowan’s still getting stuck into youth politics. It’s so easy for young people to get involved with activities like this, if they know where to look, and have the enthusiasm.

Being on the bridge made me feel like a part of something huge, I was one of over 30 million people that are hoping for a better future. The bright orange sunset that was dominating the sky seemed symbolic and almost felt like a good omen.

I was told about demonstrations in Johannesburg, Nairobi and New York to name a few, and if the hope for a promising future continues to blossom on a global platform, like it has over the past few days, I believe we’ll be living on a better planet by 2030.

In Sydney, in the view of the opera house, speakers including Jacqui Remond took to the stage to discuss how we can beat climate change. Events around the globe followed this, finishing in New York, where the streets outside the UN were flooded with people.

There was also a demonstration in Accra, Ghana, where George and I visited in March, and on a personal note, I hope this global push for a better future benefits some of the inspiring young people and families we met while we were there.

We handed the all-important photo into Downing Street the Friday morning after the amazing demonstration on the Millennium Bridge, and it’s a representation of our optimism for the future, but it’s also a very poignant reminder to leaders that they can’t let us down.

My wish for the future is to see countries developing even tighter partnerships, to enable the eradication of poverty and injustice in every corner of every country.