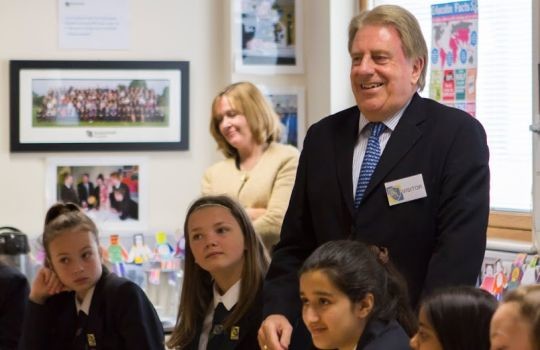 Pupils from Bexleyhealth Academy welcomed their local MP David Evennett to talk about Send my Friend to School. They also joined pupils from other schools in Parliament to campaign for global education.

Pupil Ross Jukes said: “It will be a surprise to so many people in the UK that so many children are without a basic education and will not have the life chances that so many of us take for granted”.

He added: “There are 58 million reasons to support this campaign,. Let us hope that David Cameron and the other world leaders listen and put an end to a world that does not give all of its people the basic right to read and write.”

Sarah Kemp said: “We hope that the world leaders listen to the Send my friend campaign and message and set about changing the lives of the 58 million young people around the world that do not have a quality education”.