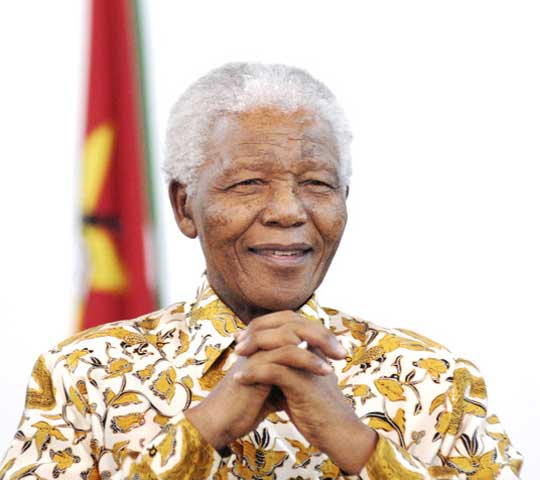 Nelson Mandela has died at the age of 95. Send My Friend to School is very sad that the world has lost a great leader and amazing campaigner, who championed the right of every child to receive an education.

Nelson Mandela was the former president of South Africa and was the country’s first black leader after apartheid. He also campaigned in support of children everywhere having the opportunity to go to school.

He spent 27 years in prison for standing up against South Africa’s racist apartheid regime but on his release helped to dismantle the apartheid regime and was elected the country’s leader in its first ever multi-racial elections.

After his presidency Mr Mandela campaigned on a great many issues, including education for all. He met Send My Friend to School campaigners in London and also in Mozambique and a film of this meeting was made in which he gave them this inspirational message:

“You can make a difference by your actions.

You might think you are powerless, but if all the children of Britain acted together you can be more powerful than any government.

You might think you are powerless, but if all the children of Britain acted together you can be more powerful than any government. Join the campaign to ensure promises are kept, school by school, side by side… to ensure every child can go to school.

World leaders have promised you this, and you must make sure they keep to it by joining together to speak with one voice. You are the future of this world and can change it for the better. You can make your leaders make their promises happen.”

Watch the film of Nelson Mandela’s meeting with young Send My Friend campaigners.

We will never forget his inspirational words.