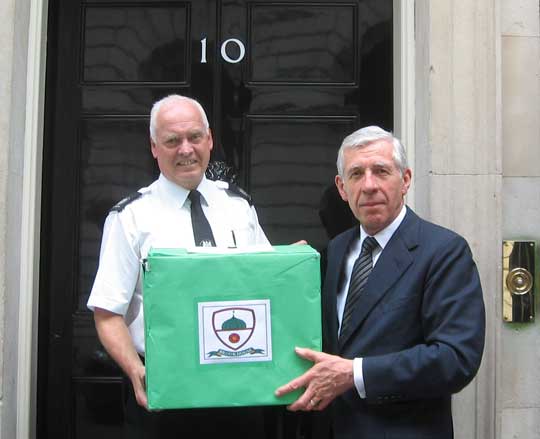 210 students from Brookhouse Primary School took part in the campaign and met their local MP.

Our whole school wrote letters to David Cameron and made cut out teachers. We then invited Jack Straw, our local MP to come and receive these, listen to our ideas and then represent us to David Cameron.  This was during the G8 Summit so the children saw David Cameron meeting Angela Merkel and Barak Obama and realised that if Mr Cameron represented them it would be on a world stage and they could really make a difference.  The children really campaigned and, having read up on Jack Straw (who still stands on a soap box), the children presented their ideas … on a soap box!

BBC Radio Lancashire interviewed children and teachers from the school, Bee Radio and the Lancashire Evening Post covered the event too. It was such an exciting morning; a very special memory for us all!