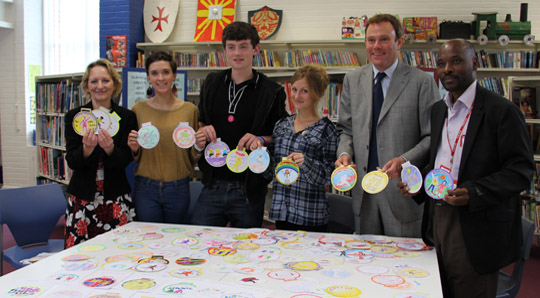 Nick Herbert spent time talking with the school’s Global Ambassadors group about the lack of primary school education for so many children, and how this affects children and their families across the world.

Nick was also able to discuss the problems first hand with Johnson Nsabimana, a headteacher from Rwanda who has spent two weeks at the school as part of a reciprocal visit scheme with the British Council.

Students from Johnson’s school are involved in joint project work aimed at greater understanding of life in other countries. In Johnson’s secondary school very few girls continue to sixth form level, so he plans to take his students to local primary schools to spread the message about girls in education.

The students were also interviewed on local radio station, Spirit FM about the need for education for all. Listen to clips of their interview online.