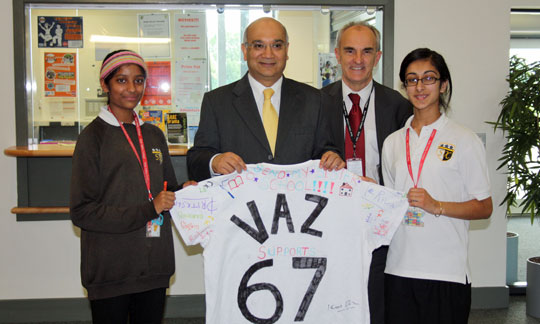 Soar Valley students signed a special t-shirt to show their support for the campaign.

Pupils Tanisha and Jasmin from Soar Valley hosted 4 assemblies about the campaign to years 7,8,9 and 11. They also created a powerpoint to be shown in year 10 form time for pupils that were on work experience when they took the assemblies.

All students signed their names to a t-shirt in show of their support for the Send My Sister to School campaign.

MP Keith Vaz visited Soar Valley on the last day of term and was presented with the signed t-shirt of support by Tanisha and Jasmin. He showed his support by signing the T-shirt and taking it to Parliament later that week.