School students from Malawi join the campaign to Unlock Education for Everyone! 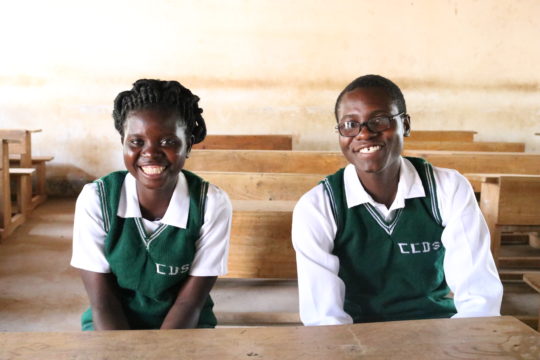 Each year, Send My Friend to School partners with the Steve Sinnott Foundation and the National Education Union for its annual ‘Young Ambassadors Project’. In September, Jessy (18) and Isaac (17) travelled from the Kasungu region of Malawi to be spokespeople for Send My Friend’s campaign to Unlock Education for Everyone. They were accompanied by their Head Teacher, Mervyn, and a member of staff from Oxfam Malawi, Sarah. At its heart, the Young Ambassadors Project is also a legacy project in memory of Steve Sinnott, General Secretary of the National Union of Teachers until his sudden death in 2008. Steve Sinnott spent his life and career working towards the important goal of quality education for all children around the world.

Send My Friend has been calling on the UK government throughout 2019 to Unlock Education for Everyone by leading globally, working with countries, and investing more, and more equitably, in education. Although education is a universal human right, millions of children are missing out simply because of who they are and where they live. Despite global progress on education, there are still a shocking 262 million children excluded from education around the world. Unfortunately, it is often the most marginalised children who miss out on school, such as children living in conflict, children with disabilities and girls.

Jessy and Isaac attended a range of events during their trip to the UK and spoke passionately about their own experiences of education at the Chilanga Community Day Secondary School in Malawi. They discussed the different barriers that many children in their community, particularly girls, face in completing secondary school. Whilst primary school is free for all children in Malawi, many parents or carers cannot afford the school fees required for attending secondary school.

For example, Jessy, who has 7 siblings, has sometimes missed school. Her parents, who rely on agriculture for their livelihood and source of income, have sometimes been unable to provide enough money for her school fees. Many other girls also miss school during their menstruation period, as they do not have access to sanitary items and their school lacks adequate sanitation facilities. Jessy has benefitted through an Oxfam Malawi project, which is working to increase the number of girls attending and completing school in the rural districts of Malawi. Oxfam Malawi has provided funding for girls to attend school, as well as text books, school uniforms and sanitary products. Previously, Jessy had to walk several kilometres to school each day, which often caused her to be late and miss some of her lessons in the morning. The long journey to school is another factor that leaves many children, particularly in rural areas, unable to continue with their education. However, Oxfam Malawi has supported Jessy and 563 other girls with bicycles for commuting to school.

Isaac, who is a champion for girls’ education in his community, also spoke about the impact of climate change in exacerbating the barriers to education in Kasungu. Many families in his community rely on farming for their income, but increasingly unpredictable and extreme weather, including both drought and flooding, is causing lower crop yields. This means there is less food for people to eat, but also to sell. Farmers then have less money left over to be able to pay for school fees. Malawi also relies heavily on hydro-electricity for its power. However, if there is not enough rain then the electricity fails, and as Isaac states, “this means that we cannot do experiments in science, and it is difficult to do homework at night without any lighting”. Furthermore, due to a lack of food from low crop yields, many students go to school hungry and are unable to concentrate. Recent floods have also destroyed some buildings in the local area, including schools. As part of their trip to the UK, Jessy and Isaac addressed the global Youth Strike for Climate in London on Friday 20th September. Thousands of young people protested in London about the impact of climate change on their future, but as Jessy and Isaac explain in the video below, climate change is a reality for them now:

During the rest of their time in the UK, Jessy and Isaac also attended Labour and Conservative Party conferences, where they spoke with over 20 MPs about the different challenges faced by children in Malawi to access education. They met with civil servants at the Department for International Development and visited three of Send My Friend to School’s ‘Campaign Champion’ schools in Swindon, Slough and London, sharing their experiences with other school students.

The stories and experiences Jessy and Isaac shared during the Young Ambassadors Project demonstrate a number of barriers for children in attending school and learning. It reminded me how lucky I am to have grown up in a country where I could have free education, but was also a stark reminder of the injustice that many children do not have the same opportunity. This is why I urge the UK to do more to ensure that all children around the world are able to access the basic human right of education.

This post was written by Hannah McLean-Knight, Campaigns Officer at Send My Friend to School.