On the 19th June, twenty Send My Friend to School Campaign Champions went to Parliament to take part in the Action Day!

The Action Day is a huge part of the Unlock Education for Everyone campaign that has seen thousands of schools and young people across the UK creating and presenting paper keys to their local MP, calling on the UK to give all children the chance of an education.

The Champions are a group of young people aged 14 and 15 from ten schools around the UK. They are leading the campaign in their own schools and communities. All of them went to Parliament to call on the UK government, asking them to deliver on Sustainable Development Goal 4- quality and inclusive education for all – and the accelerated progress they promised for the furthest behind children.

They stated that the government should do this by leading globally and working with countries. As well as investing more equitably in education.

This is to ensure the promise of education for all is achieved by 2030 and that no child or young person is left behind. 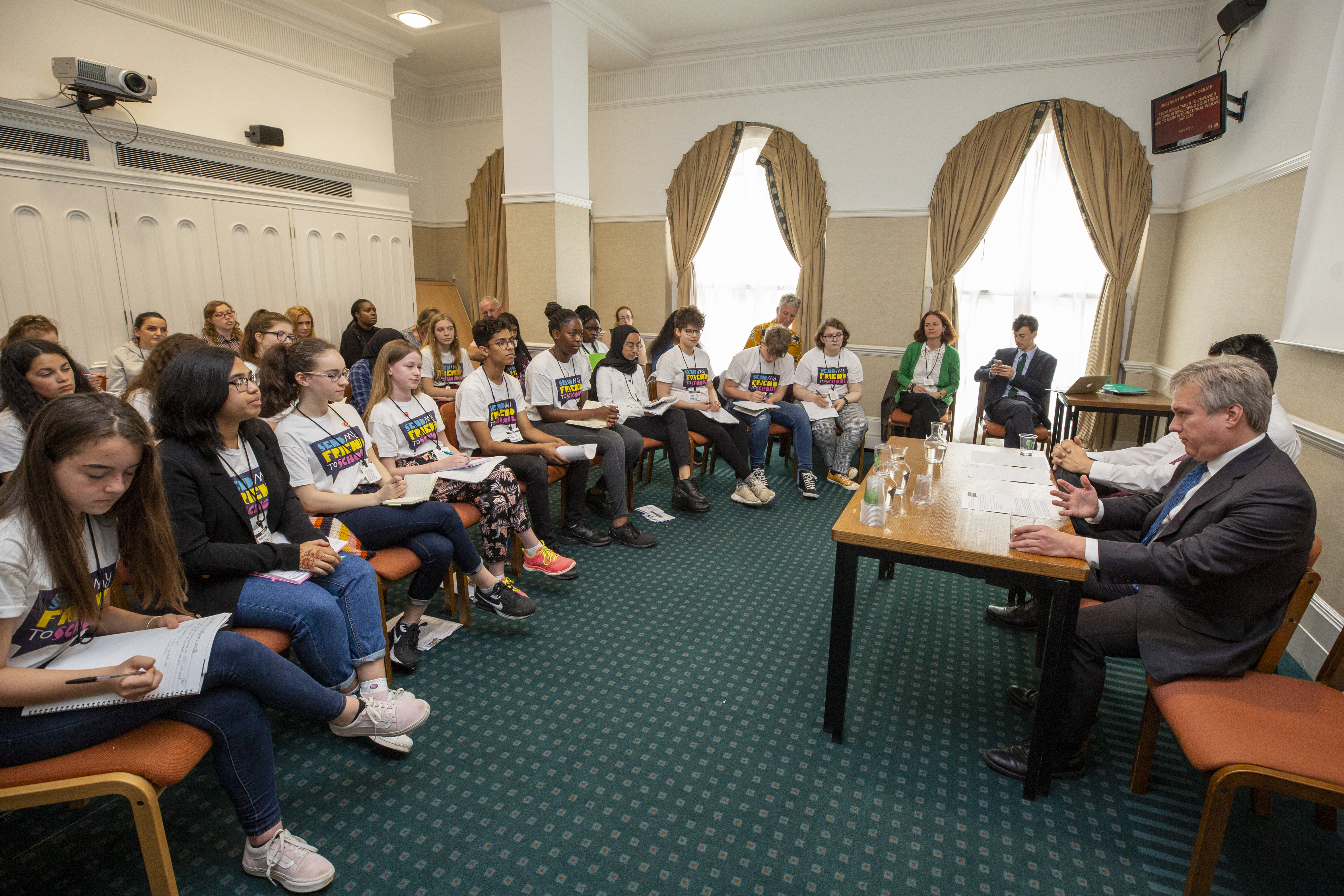 The Champions met with Stephen Twigg and Henry Smith from the International Development Committee to ask them important questions about global education. 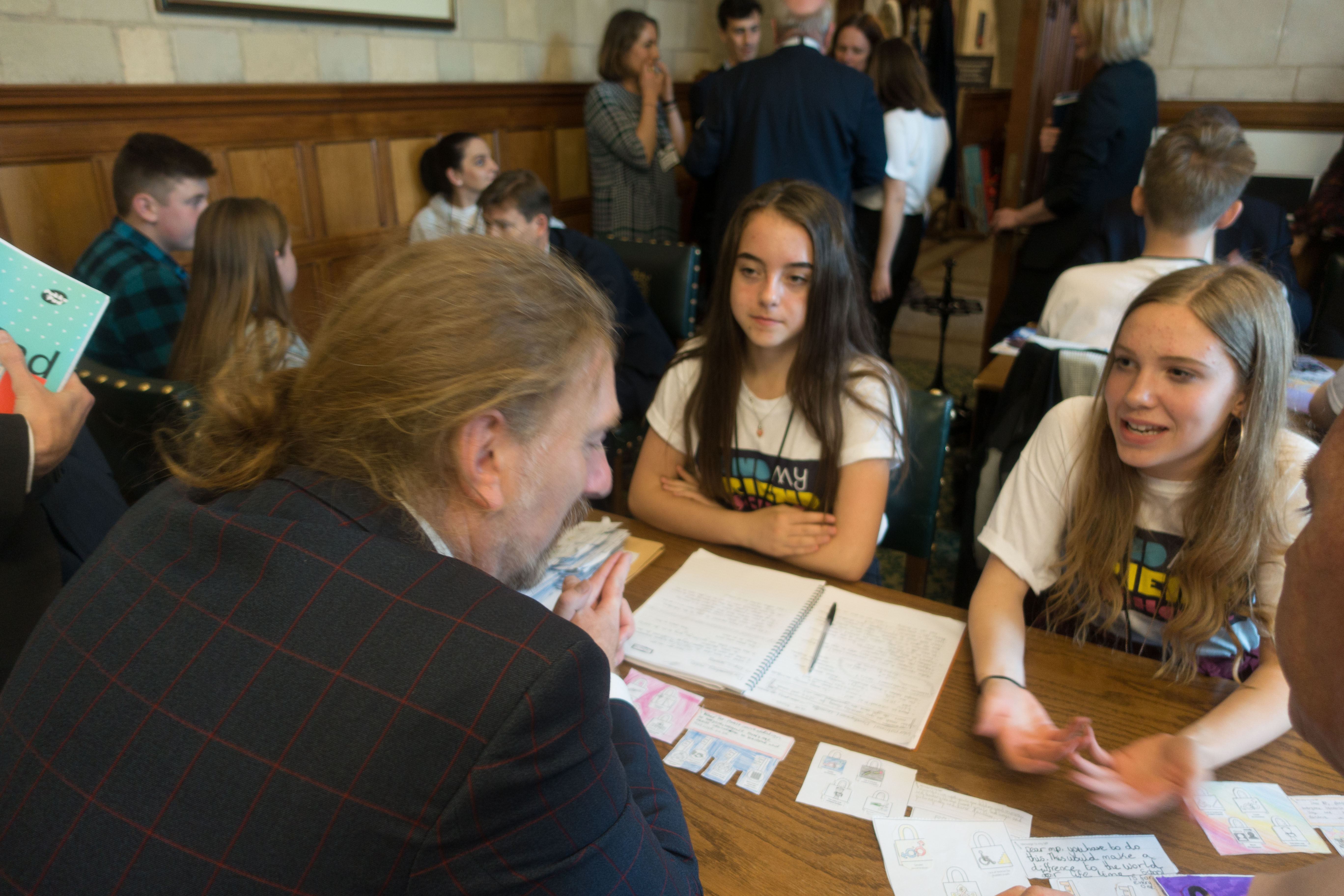 They also met with over thirty-five MPs to speak to them about how we can unlock education for everyone. 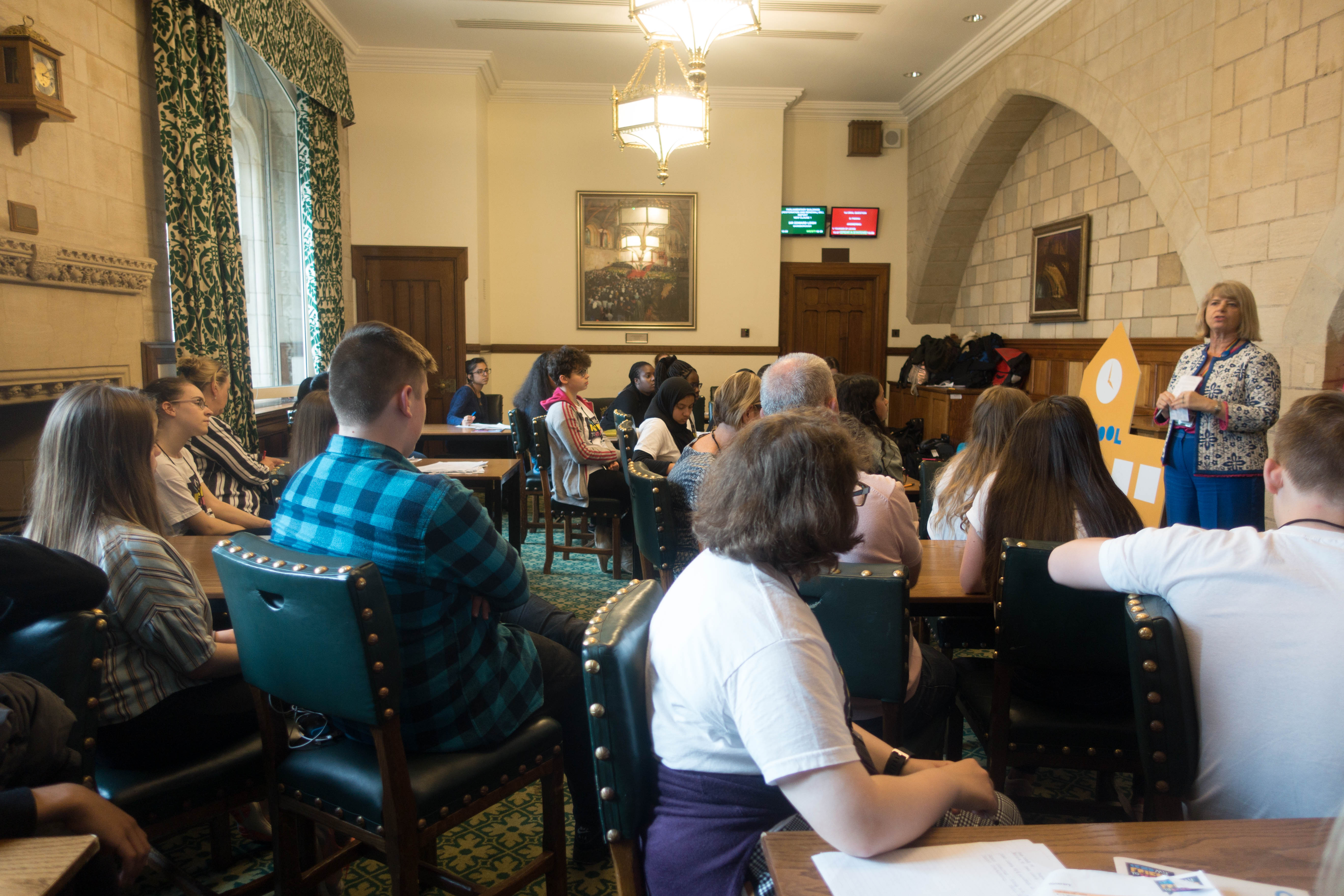 Harriet Baldwin, the Minister of State for the Department of International Development, talked to the Campaign Champions about how DFID are working towards meeting Sustainable Development goal 4 (SDG4). The champions wanted to know how DFID are planning to deliver their commitments on education for the most marginalised children.

Children in conflict and crisis affected contexts are some of the most marginalised from education and the Champions were therefore particularly interested in hearing from the Minister the UK’s plans on replenishing Education Cannot Wait (ECW), the only global fund for education in emergencies.

The champions reiterated our ask of £75 million over three years from the UK to ECW and were delighted to hear that the UK is committed to supporting ECW and are looking forward to the UK’s announcement on support for this fund. 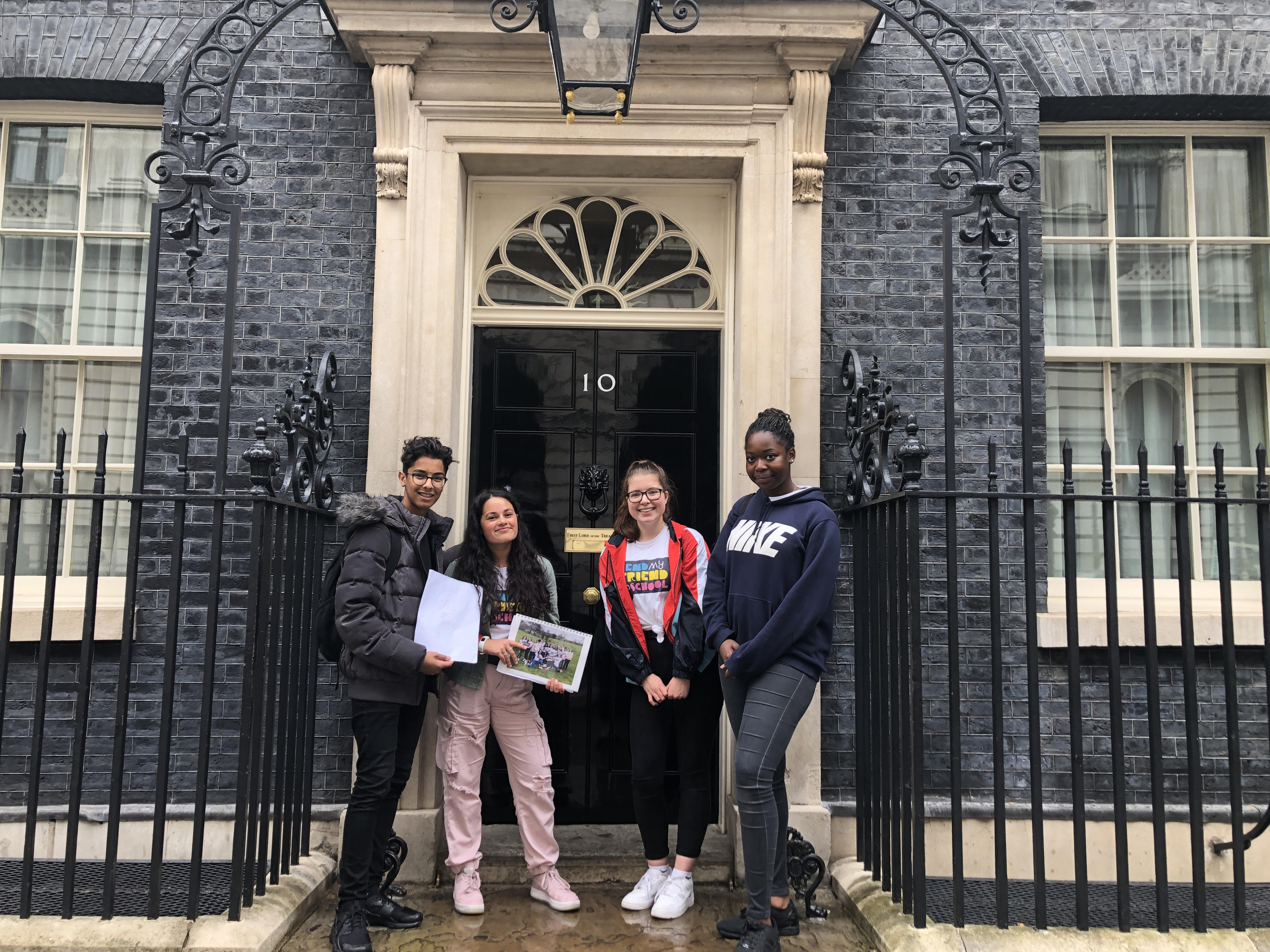 Some of the Campaign Champions then took the Unlock Education for Everyone message to 10 Downing Street!

It was a progressive and stimulating day! The Campaign Champions worked hard to highlight the importance of global education for all.

If that’s left you inspired to take action in your own school, then it’s not too late to take part – download your Teacher Pack today!