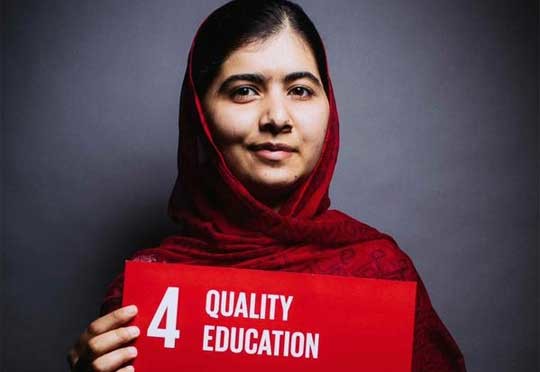 Last week in New York, at the United Nations General Assembly (UNGA), the new sustainable development goals (SDGs) were agreed by world leaders. There are now 17 goals (with 169 targets) replacing the Millennium Development Goals, set in 2000 – including one to realise education for all with a new 2030 deadline.

These new goals represent a vision for a future without extreme poverty or inequality and injustice, and in which real action has been taken to curb climate change. The 15-year plan for the new global goals will begin at the start of 2016.

And all over the world people are mobilizing to make sure that the new global goals become famous – with thousands of schools taking part in the World’s Largest Lesson  . The idea being, that if the world leaders who signed up to the goals know that the eyes of the world are watching them it greatly increases their chances of being implemented.

Watch this film to hear from Ban-Ki-Moon, Daniel Craig, Gracha Michel, Malala, Stephen Hawking and others on what the 17 goals are:

The new goal focusing on quality education is SDG4. “Ensure inclusive and equitable quality education and promote lifelong learning opportunities for all.” It’s a much more ambitious and wider reaching target than the MDG2 of universal primary education. There are 10 separate targets within SDG4 – including free, quality primary and secondary education; eliminating gender disparities; and ensuring that all youth are literate and numerate.

Quality education for all is not just a goal in itself, but is also essential to achieve all of the other goals. Alice Albright, CEO of the Global Partnership for Education, joined 2014 Nobel Laureates Malala Yousafzai and Kailash Satyarthi, at the Global Education First Initiative’s (GEFI) high-level event. Together they highlighted education as central to every one of the ambitious SDGs and essential for their success.

Download an infographic illustrating how education is central to all the SDGs. 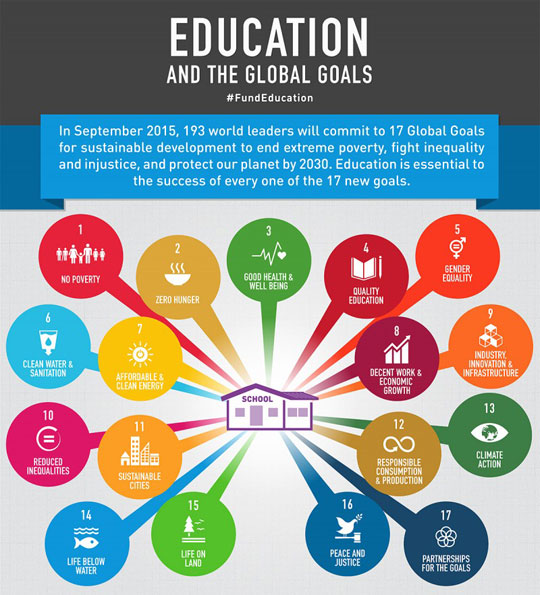