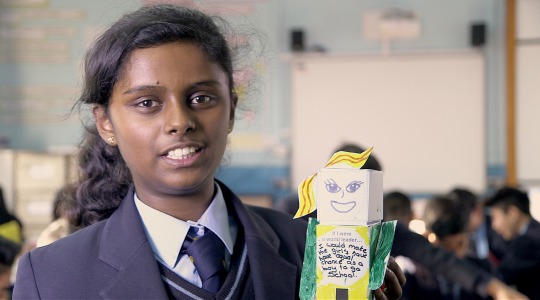 Our 2015 campaign is almost ready to go, with a film that tells everyone how they can get involved in Send My Friend to School, and ensure that every child finally gets the education they are entitled to.

Click on the images below, to view the gallery in full. 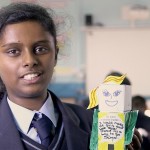 Young campaigners from Seven Kings High School in Ilford will be appearing in our 2015 Send My Friend to School film – thanks to everyone who took part! 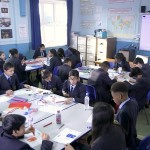 They started to create their own world leaders, with strong messages about what they would do if they were making decisions about education for the world’s children this year 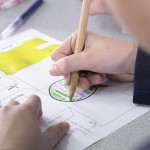 They wrote their world leader messages in bright colours, and used paint and glitter to jazz them up and make them stand out! 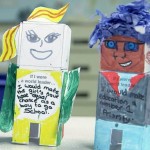 They wrote powerful messages to tell world leaders what they should say at the UN summit this September, to give every child an education.

Students were filmed talking about their world leader messages 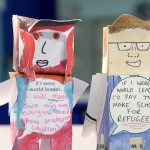 Their world leaders were ready to take to their local MP, who will tell the Prime Minister what he and other world leaders need to do for children in 2015.

2015 is the most important year for our campaign, as the Millennium Development Goals come to an end, and world leaders meet at the UN in September to make decisions about the future of the world’s children.

We will be asking children across the UK – what would you do if you were a world leader to get every child into school?

We will be unveiling the film in a few weeks. Make sure you order your free schools pack today, so your class can build 3D world leaders like these too!