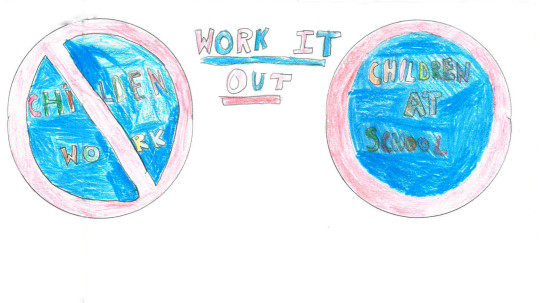 A winner has been announced for the Big Idea competition, which called for ideas for the 2015 Send My Friend to School campaign.

Elena Facchini, from St. Cedds school in Chelmsford, won the competition for her idea of using workmen’s signs to demand that children go to school rather than be forced to work. Elena explained that people could be encouraged to design their own workmen road signs, which point the correct road we should take to achieve education for all.

The winning prize is an invitation for Elena and friends to London and the Houses of Parliament, where they will have tea with David Blunkett MP.

One of the judges, Karen Garvin, said: ‘We loved the symbolism and simplicity of Elena’s design – so very effective!

“We have fed her idea into the creative process for next year’s campaign, and will turn it into an infographic to use on facebook and twitter. Watch this space!’

In July we called on ideas for the 2015 Send My Friend campaign, and have been sent dozens of amazing suggestions, including campaign songs, slogans and even a script for a play. To see a gallery of some of our favourite ideas, click on the pictures below. 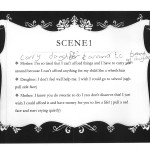 Katie and Faith, from Netherthorpe School, wrote a play about a mother and daughter wishing she could go to school 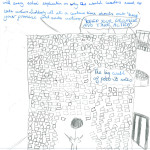 Sophie Main, from Kent College, Pembury, suggested a giant wall of post-it notes, each one from a school taking part in the campaign 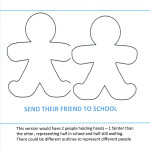 Olivia Milburn, from Cardinal Hume School, made a design of two people holding hands – one representing the children missing out on school. 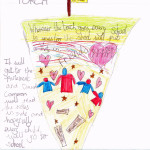 This joint effort from Nellie, Olivia and Anna at Kent College shows a Send My Friend torch 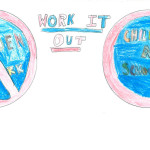 The winning entry, by Elena Facchini, is based on workmens signs and will be made into a Send My Friend infographic