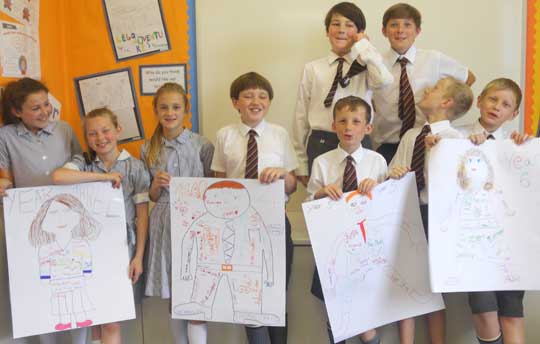 Pupils from Class 5V at Ryde Junior School held an entertaining assembly for the rest of the school to highlight how many children around the world are missing out on an education.

The assembly took the form of a series of TV programmes, which included jokes, and also puppets to explain the messages to the younger children.  2 pupils even pretended to be the man from the wildlife documentary series, Deadly 60, with teachers as a rare creature!  Students also invented a Game Show called ‘What Makes a Teacher’ and some contestants from the school had to guess who the teachers were. The assembly was enjoyed by all, and some photos and a letter were sent to the local MP.